When it is cold outside, the only acceptable outerwear with a suit is an overcoat. But there are a lot of terms thrown around when discussing these jackets. In particular – what is the difference between a topcoat, an overcoat, and a greatcoat

In a nutshell, the differences all pertain to weight, style, and heritage.

When you buy a coat understanding this distinction, especially when buying online, you can save quite a bit in shipping fees as well as disappointment.

Characteristics of a Quality Overcoat

A good overcoat should be warm, fit you, and make you look great.

Fabric. If you plan to wear your overcoat for years to come, make sure you buy a coat that is made of 100% wool and that it weighs at least 4 pounds (for average-sized men). In general, heavier coats last longer because the fabric is more durable.

Cashmere coats are nice, soft, and warm but they will show wear on the cuffs, the collar, and moths love them. In addition, they can double the price of a coat for little to no advantage (in terms of warmth or appearance). With the quality of most wool jacket fabrics these days, they are often just as soft as all but the finest cashmere. A nice compromise is a wool cashmere blend.

Sleeves. The coat sleeves should completely cover the suit sleeve as well as the shirt cuff, and even reach a little further down. This way, you should not get cold on your wrists when you wear gloves with it.

Length. Traditionally, overcoats were rather long-reaching garments, extending almost all the way to the ankles. These full-length coats are often the coat of choice for seasoned gentlemen as they can compliment a wide range of figures…to include those who are a bit rounder in the midsection.

Today, most younger men wear their coats knee-length, which is anywhere between the lower part of the knee to slightly above. This only compliments men with trim builds and who wear the coat closer to the body. It’s a convenient option if you find yourself entering and exiting your automobile multiple times a day.

Fit. When you buy an overcoat, make sure to wear a shirt and a sportscoat or suit jacket because the coat has to fit on top of it.

Some men like a looser fit while younger men often prefer a trimmer fit. However, if you see X-wrinkles when buttoning your overcoat, it is definitely too tight.

Style. With regards to style it is once again up to you what you choose. The single-breasted overcoat with notched lapel is a good all-a-rounder whereas the double-breasted peak lapel overcoat is a little more formal and wears warmer when it is cold because you have two layers of fabric over your chest.

Construction. High-quality coats have a sewn canvas, whereas less expensive overcoats have a fused canvas. A sewn canvas is definitely more durable and built to last whereas a poorly glued interlining can come loose after a few years, ruining the garment. If money is of no concern to you, go with a fully canvassed overcoat. If not, try to buy fully canvassed suits and go with a glued overcoat. Unlike with a suit, a glued canvas overcoat is acceptable since it is cut looser and you wear it less frequently. 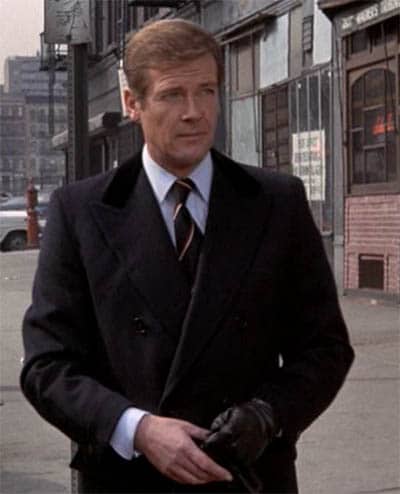 There are a number of classic overcoats which have all made their mark in men’s clothing history. These styles are timeless and will look as good today as they will 20 years from now. Named after the Earl of Chesterfield, and invented in the mid-19th century, it was the very first overcoat of its kind. Over the years, it has only changed insignificantly and today a Chesterfield features:

Generally, it is about knee-long and in grey or charcoal, it makes for a great business coat. If you go with a velvet collar, you will definitely own a conversation starter. The Covert coat is very similar to the Chesterfield, but it was designed for hunting and the outdoors. Therefore, it had to be tailored from particularly sturdy material – the so-called Covert cloth, named after the covert bushes. It was designed to protect its wearer from mud, bush encounters, and of course the weather. For that reason, it had to be very heavy (29 or 30 ounces a yard), sturdy, and durable. Today, the fabric is not quite as heavy anymore, but it is still a tweed material made to last. It always comes in a brownish-green color because it does not show the dirt very much.

A Covert coat usually has the following:

The rows of contrast stitching are a hallmark of the Covert coat and lend it a more casual flair. If you want an overcoat that will be your companion for the next two decades, you should consider this one.

It should be noted that if you wear your coat primarily for business, this may not be your best choice. 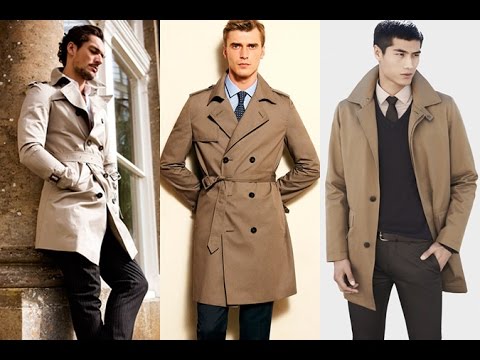 The Trench coat is a timeless classic that was invented in the trenches of WWI and evolved into a raincoat that is second to none.

The name Paletot is French and was used to describe a fairly short overcoat that was very fitted, but otherwise could have many features. It could be double-breasted or single-breasted, with pleats or without, and could have pockets or not.

Paletot is a classic business overcoat with the following features:

Especially in a dark, plain fabric, this coat is very versatile. A navy blue or charcoal Paletot overcoat can be worn to the office, with a tuxedo, at funerals, and pretty much anywhere else. So, if you only have money for a single overcoat, you’d be hard-pressed not to buy a Paletot. 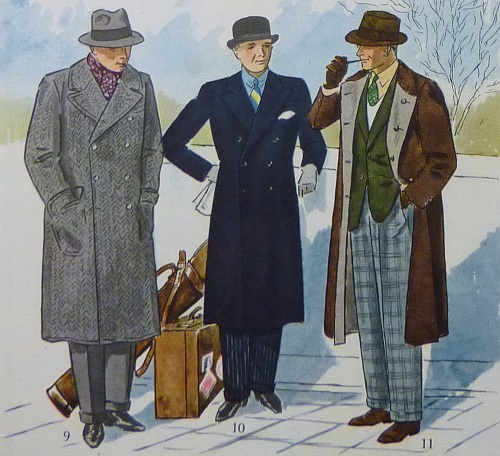 The Guards Coat derives from the coat English Officers of the Guard used to wear. It is usually a navy blue overcoat that is very similar to the Paletot with two basic exceptions: 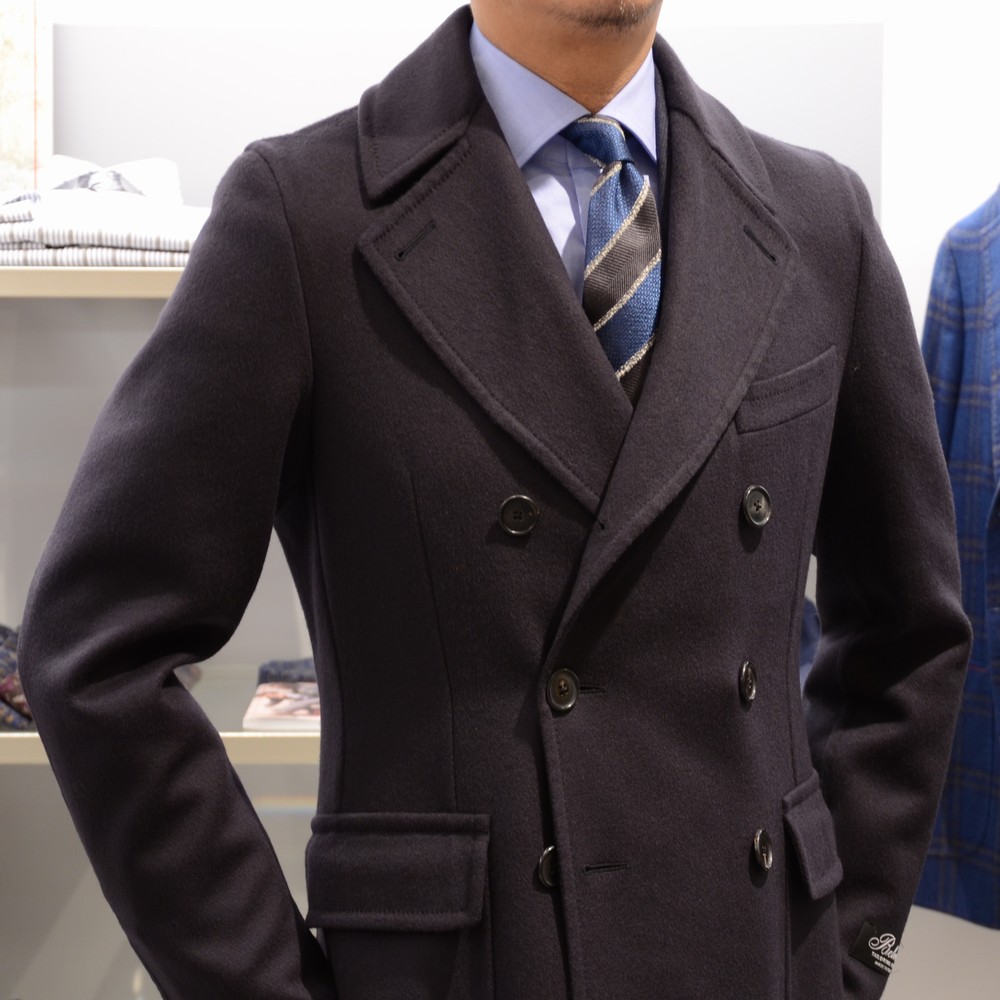 The name Ulster is derived from the Irish province of Ulster, whose people popularized a particular tweed overcoat. A classic Ulster is:

An Ulster is an overcoat for a man who is outside a lot and needs a reliable companion. It is an ideal travel coat for the colder months of the year because it is warm, durable, and has big, patch pockets, so nothing can fall out accidentally. In addition, the Donegal tweed structure hides dirt and stains.

Overall, the Ulster overcoat is for the rugged man who is not all that much into suits but enjoys rugged, high-quality products.

The Polo Coat is an American classic that originates in England. During the chukkers of a Polo game, the polo players used to wear a golden-tan wrap-coat to keep them warm. Later, the belt was substituted with buttons, and when they started wearing the coats after the game as well, spectators noted it and by the end of the 1920’s the Polo Coat was one of the most popular ivy league overcoats. A few years later, no well-dressed man could live without one. A Polo Coat has the following characteristics:

As you can see, the Polo coat is quite similar to an Ulster overcoat, but it is special because of its camel hair fabric and the golden-tan color.